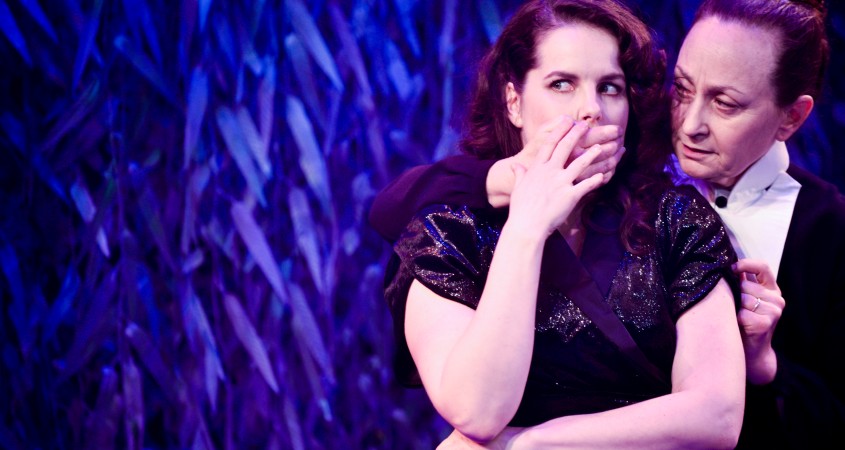 Steamy portrayal of decadence and corruption

Tennessee Williams, the Mississippi native and master playwright had a knack for unearthing the steamy splendour of human decay. In Suddenly Last Summer, Williams’ choice of name evokes the sense of a thrilling and romantic episode in the most carefree of seasons, but instead delivers a quiet horror that lurks in the shadows of memory.

In a gorgeous cultivated New Orleans garden, Mrs Violet Venable (Jennifer Vuletic), an older dame with a cane, flourishes on stage to seduce Dr “Sugar” (Charles Purcell) to lobotomise a young relation who knows the dark secret behind the death of her son, the unseen and ever-present Sebastian.

The staging is swathed in falling gardens and mist, and one cannot help but be intoxicated by the allure of wealth and the power it carries. Violet exerts her power upon those around her, and yet it entraps her. Her character is perfectly juxtaposed with the equally seducing but refreshingly volatile Catharine Holly (Kate Cole), the last person to see Violet’s son alive. In an attempt to understand what has happened to Sebastian, Dr Sugar administers drugs in the veins of Catharine to render her loose-lipped. After a kiss from her lips, Catharine seals Sebastian’s mysterious fate to the captive audience, including her desperate mother (Zoe Boesen) and brother (Harvey Zielinski).

The daring Stephen Nicolazzo (Merciless Gods, Salome, Psycho Beach Party, sex.violence.blood.gore), manages to direct a subtle and intensely entrancing production of Suddenly Last Summer. The performance of Vuletic is an initial standout as the neurotic Violet. Her striking embodiment of old-world glamour and kookiness makes her a centrepiece for the play. Wheeled about on whim by her faithful servant Miss Foxhill (Chanella Macri), Violet lives between cocktails and memories. The sickening Oedipal elements of Violet’s relationship with Sebastian pervade the play, and it is no surprise that Sebastian in his one moment of freedom abroad loses all control of his life. The punishment for his companion Catharine, are the memories of a life touched by privilege and violence. Cole is wonderful as Catharine, showcasing the character’s incredible vitality and fragility. Her final recollection of events is so moving and realistic, that I am transfixed upon the powerful imagery she creates and the tears that roll down her face.

Suddenly Last Summer is an ode to marvellous storytelling; enriched with symbolism and elegance, Williams’ writing comes alive in this play. Sebastian sees God, and God in turn like the cloud of birds upon the shore, upends Sebastian’s good fortune in one fell swoop. The only force greater than nature and establishment appears to be truth, and Catharine delivers it even to the non-believers.

Suddenly Last Summer is being performed until 4 November at Red Stitch Actors’ Theatre. Tickets can be purchased online and by calling the box office on 03 9533 8083.