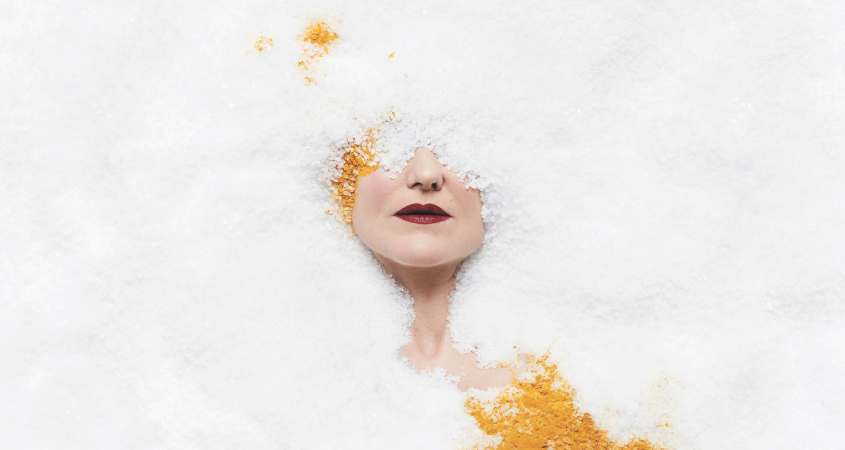 An inspired and thought-provoking work

Feminist collaborators and visual provocateurs, The Rabble (Emma Valente and Kate Davis), bring audiences, My Dearworthy Darling, a thought-provoking work that is both entrancing and utterly disconnected all at once. I was particularly titillated that I’d be critiquing the work of the widely respected writer, Alison Croggon, a former critic that I both admire and who’s theatrical opinion I’ve revered. It is surprising to me then to find that I have a love-hate relationship with this work, which sets my mind into motion and confounds it equally.

My understanding is thus: our leading woman (Jennifer Vuletic) is struggling with her mental health as she wrestles her own image of herself away from her worst emotional abusers, her partner (Ben Grant) and her sister (Natalie Gamsu), who are also gripped with the torments of their life and its mundanity. In breaking free, Vuletic’s character strikes a chasm to the past, unravelling her own mind and reflecting the collective woes of womankind to a time where voicelessness was enshrined.

The chorus of medieval voices is perhaps the most breathtaking part of this production. Croggon’s inspiration here was taken from her residency in France’s monastery and centre for theatre writing, La Chartreuse. Inspired by Margery Kempe, a 14th century English Christian mystic, who’s book was considered to be the first autobiographical work, the chorus speaks the text of this work as Vuletic’s modern woman is grappling with telling her own truth, rather than through the twisted reflection of others.

It’s brilliant to me that in Croggon’s own words, the “writing is not so much about conscious intention as it is about process and discovery”, and My Dearworthy Darling achieves exactly that. Like an unfurling scent, I am at first overwhelmed and unable to see the notes for what they are, but with time I see with clarity the complexity of its character. The work on first impression, is a high-brow ‘art for art’s sake’ snobbery into the woman’s mind, with particularly gifted composing (Valente), and set and costume design (Davis). But with deeper introspection, I see where the Croggon/Rabble collaboration was reaching for.

The play splits between often humorous and relatable daily modern drudgery, and the other realm of our lead’s enigmatic psyche. The work opens with Vuletic sprawled sensually upon a boulder, silk-satin, languid-limbs, describing in luscious detail how her body is exposed and caressed. This visual and erotic reverie is interrupted by her partner, accusing her of poor memory as he refuses to take responsibility, an assault upon the earlier voluptuousness. The woman here is servile, not in charge of her voice or body, but a vessel without steam. This emptiness continues to pierce her reality, and she is accused by her sister of being selfish and cruel, goading the partner’s disgust. Unsurprisingly, facing the internalised misogyny of the existing women of her life, Vuletic’s character retreats in her mind to a world where she is supported in body and mind by the hooded chorus. After a particularly brutal episode in her current reality, she is taken to a place without hard edges (a mental health care facility perhaps) and ascends to take a crowning place amongst the medieval chorus, eventually stripping herself bare of her life before.

My Dearworthy Darling will divide its audiences, and this is largely due to its disjointed and often confusing trajectory. What one can do is enjoy the lush language, stunning visuals and Old English choral pieces. It is an inspired and thought-provoking work, but I too left the theatre wanting to perch myself upon a rock, and contemplate what it is I’ve been exposed to, and if that’s all there really is.

My Dearworthy Darling will be performed at the Malthouse Theatre’s Beckett Theatre until 18 August 2019. https://malthousetheatre.com.au/whats-on/my-dearworthy-darling

It was only a matter of time before experimental feminist theatre company THE RABBLE decided to take on the life of Joan of Arc, the woman who helped France win the war over Orléans and was later burnt at the stake for heresy and cross-dressing. Twenty-five years after her death however, she was declared innocent of her crimes by the courts and was canonised in 1920. Her struggle and persecution is something that still resonates with us today, and with a fierce and poignant feminist perspective on her story, co-creators Kate Davis and Emma Valente bring her plight into a contemporary spotlight. 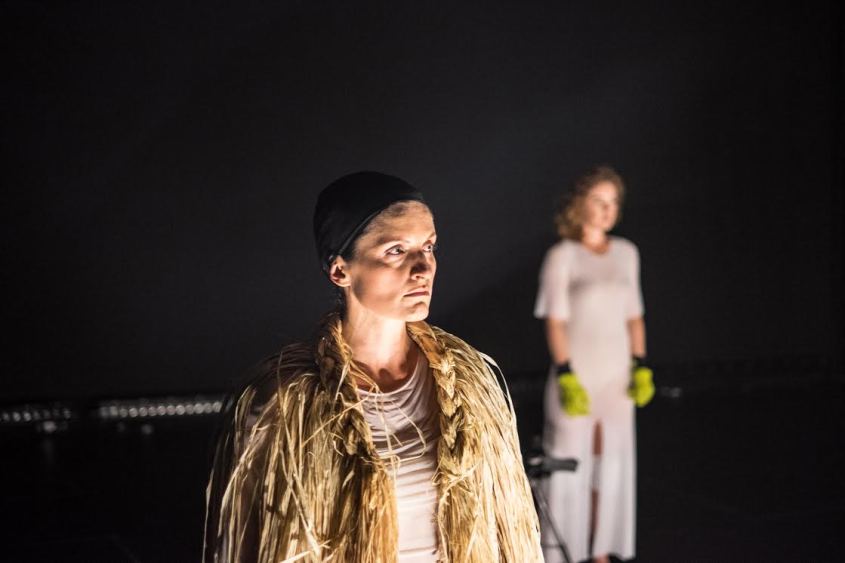 The show begins with a projection of an eye onto a scrim at the front of the stage. While it originally challenges the audience, there is a vulnerability and apprehension to the blinking eye that lingers in the room. The sound of burning logs and crackling wood as it continues to stare into the audience further builds on the unease and hints at what is to come. While we may know the story of Joan of Arc, there are still plenty of surprising and gripping moments to unfold in this production.

Joan‘s non-linear narrative structure explores significant moments in  life including her visions of angels and saints, the examination she underwent to ensure her virginity was intact, and her execution by fire – spectacularly and awfully brought to life on stage. These vignettes are used as a way of exploring not only Joan’s power and persecution, but also that of all women. The focus is not war or history but the person – the woman – and THE RABBLE construct a strong and commanding voice and presence for their protagonist through the evocative performances from its highly talented and dedicated cast.

The four Joans (Luisa Hastings Edge, Emily Milledge, Dana Miltins, and Nikki Shiels) initially appear behind the scrim of Davis’ set, with flashes of light illuminating them or capturing them briefly before the stage is enveloped by darkness once more. The music and Valente’s lighting create a haunting rhythm which, when paired with her adept direction of the cast with their ritualistic prayer-like movements, fills the room with a supreme intensity, emphasising the devout faith held by Joan.

The projections designed by Martyn Coutts are effectively used (particularly during the character’s aforementioned visions and examination), which allows for various complex feelings and thoughts to be cleverly depicted by the various Joans, complemented by the flawless lighting and sound effects.

While there are no authentic representations of what Joan looked like, in casting four women to play her, Joan allow her to embody womankind. While the only documents that exist of her speaking are those from her trial, this superb production expresses powerful words, emotions and ideas from and to her, and by extension, offers a voice to women across time.