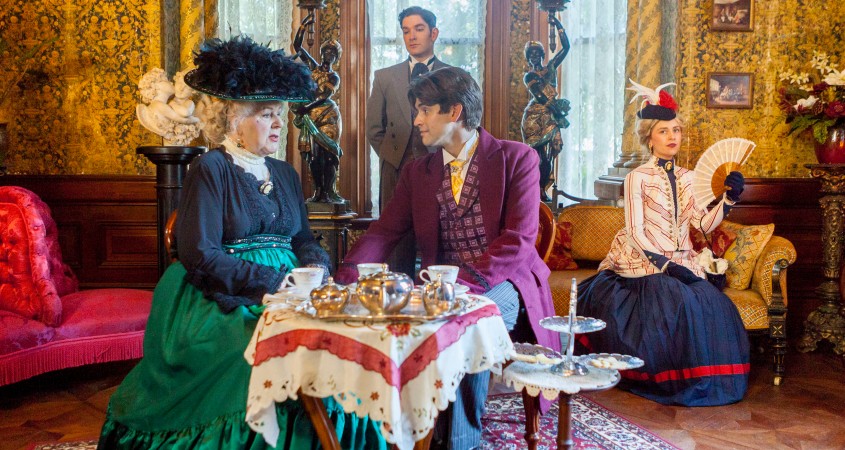 An interpretation not to be missed

Oscar Wilde is arguably one of the most celebrated playwrights of the nineteenth century and The Importance of Being Earnest is rightfully among his best known offerings for its playful sass and dry wit.

Set in 1880’s Britain, two upper class friends, Algernon and Jack, become caught up in their own game when the women they wish to marry, Gwendolen and Cecily, grow wise to the men’s spirited untruths and a web of hilarious confrontation ensues.

Melbourne’s All Sorts Productions have shrewdly crafted the play as an immersive piece on location at the stunning Labassa Mansion in Caulfield to great effect, utilising an outdoor garden area and several indoor ones.

As the lively host, Basil, and the cast move around the Victorian era surrounds, so do the audience along with the occasional interactive moment.

First time director, Maurice Mammoliti, succeeds particularly well in creating an entire world for the show (as opposed to isolated scenes), whereby characters and activities subtly link the action from one location to the next.

The ensemble cast are strong, with standout performances from Patrick Hill and Katherine Innes as Algernon and Gwendolen, who bring a sharp, energetic and sophisticated charm that would make Wilde himself proud, while Ruby Gabriella is also delightful as the whimsical Cecily.

There is much attention to detail where costumes and accessories are concerned, which only adds to the immersive experience, transporting viewers in every sense for the duration.

Although the full season of The Importance of Being Earnest has already sold out, it is well worth adding your details to the waiting list, as All Sorts’ immersive interpretation of Wilde’s classic is definitely one not to be missed.