A valiant effort to portray a remarkable man

Cretan writer and philosopher Nikos Kazantzakis is perhaps most well-known for his two novels Zorba the Greek and The Last Temptation of Christ, and his epic poem The Odyssey: A Modern Sequel. However, Kazantzakis also led a life of adventure, passion and exploration and in Howard F. Dossor’s NK: A Kazantzakian Montage, important and life-changing moments from his personal story are presented and examined. 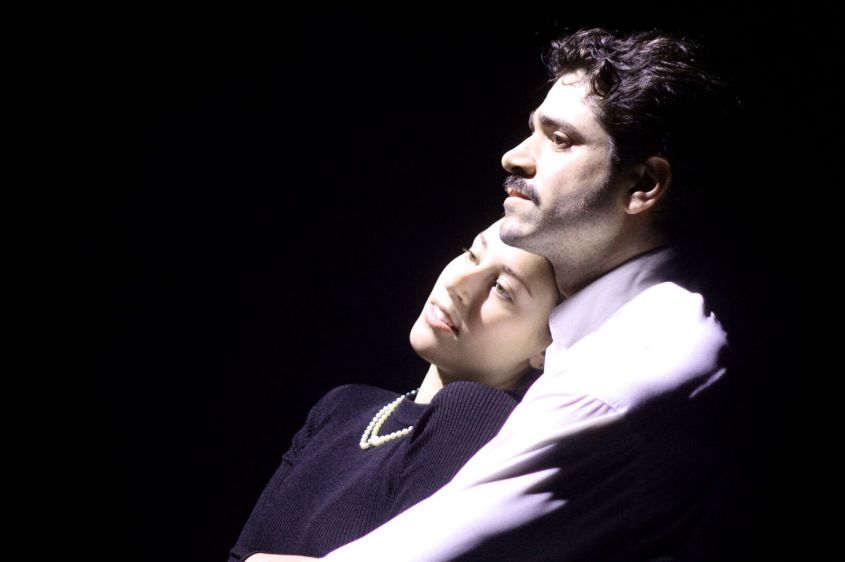 The story is told with the aid of a Greek Chorus that gives life to Kazantzakis’ stories, and allows the impressive nine performers (Elyssia Koulouris, Erin Marshall, Kostas Illias, Nicole Coombs, Paul Pellegrino, Sebastian Gunner, Tabitha Veness, Tania Knight, Will Atkinson) to easily switch in and out of the Chorus to become a person from Kazantzakis’ life. Alex Tsitsopoulos as Kazantzakis displays an sound understanding of who this writer was, and delivers a thoughtful performance. However, the production falls into the trap of having Kazantzakis explaining how certain experiences made him feel and what they meant to him, rather than showing us why these moments were important. This resulted in long monologues with less impact, particularly evident in the final scene with the Chorus that had the potential to be a climatic moment and bring this unique life’s story full circle.

While it is an ambitious task to condense seventy-four years into a two-hour show, it felt overall that the work was trying to depict too much, and therefore momentous events Kazantzakis’ life were merely skimmed. His first marriage, which lasted for 15 years, was over within minutes in the show, and his exploration of the monasteries of Mount Athos with his friend and poet, Angelos Sikelianos, while creating some great visuals and certainly marked as an important experience for him, was not given the time that it seemed to warrant.

The live music by Pantelis Krestas and his bouzouki and the sound design by Justin Gardham work well together in creating an authentic Greek ambience – along with some enthusiastic clapping from the audience – and also in bringing out the emotional layers of the story. John Collopy‘s lighting design creates the ambience for each scene and highlights the intensity of Kazantzakis’ emotions. Suzanne Heywood‘s direction utilises the space creatively and through minimal use of props and positioning of the performers is able to set up some visually arresting moments, including the earlier mentioned scene at Mount Athos.

NK: A Kazantzakian Montage is a look at the political, philosophical and intimate nature of a man who never stopped asking questions about life. While it’s great to see Q44 Theatre stepping outside of their familiar repertoire with this form of story and storytelling, the reliance on lengthy exposition and the structure of this narrative unfortunately never allows the audience to profoundly understand and become familiar with Nikos Kazantzakis.

NK: A Kazantzakian Montage was performed at Gasworks Arts Park between 14 – 17 November 2017.