A truly wonderful evening of entertainment

Cancel your plans, pack a picnic and get yourself to Pipemaker’s Park. This is a show that you won’t want to miss – and if that hasn’t sold you, it’s free! 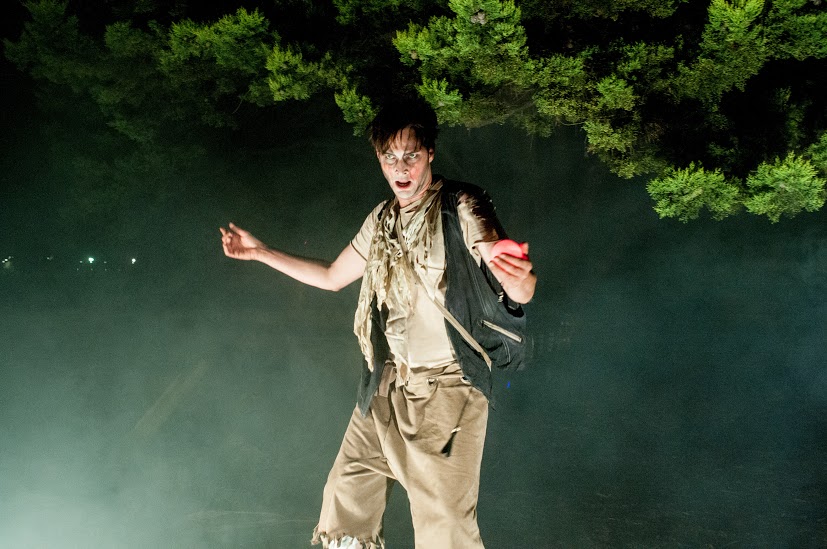 In case you don’t know, A Midsummer Night’s Dream is a Shakespearean comedy, set in Athens one hot summer’s night. There are characters in love and characters betrothed and characters running away, and then the faeries and the like get involved, and things go crazy. Ultimately, the perfect play to watch as the sun sets in a beautiful Australian park.

The Pipemaker’s Park is a place that has been let got for a long time; walking from the carpark, you pass some ugly concrete and rusted fences. Director Alan Chambers and playwright Andy Harmsen have clearly drawn inspiration from these contrary surrounds, with the central feature of the set a rusted old pickup truck beneath a most beautiful and expansive tree.

And then the cast arrive – it was like Elizabethan Mad Max, a dystopian future-feel with ripped clothes and skinheads and a bit of ‘Am I Ever Going to See Your Face Again’. I cannot praise the cast enough. They were just fabulous – to a tee. Even the smallest role was filled with humour and delightful little quirks. As always, Puck was the favourite of the crowd – Brendan Ewing played the cheeky fawn with perfect comic timing, slipping through the crowd on the most mysterious stilt/legs. I want to go on about all of the performers, although space won’t permit – the wonderful lovers played with so much humour by Katharine Innes, Hannah Bolt, Letitia Sutherland and Seton Pollack; the hilarious Mechanicals lead by Jimmy James Eaton as Bottom. Just brilliant.

A couple of things for your comfort – plan a little. Bring a blanket and a jumper and maybe a picnic (though there are snacks, including a delicious smelling BBQ). And if it looks like the weather may turn, don’t cancel your plans – there is an undercover area where the show can move if need be. We were very lucky – there were a few drops of rain, but once some umbrellas were handed out, the rain stopped.

This was truly a community event – the audience was full of families and kids, couples and people on their own, young and old. It was a lovely feeling, and in a delightful park that I had not until this night even known existed.