Seeking a way into the heart of complex characters…

Having recently seen Daniel Keene’s brilliant Dreamers, I was looking forward to seeing more of his work in Verve Studios’ production Lost & Found. Performed by the second year Professional Actor’s Studio graduates and directed by Peta Hanrahan, the play looks at three short stories by Keene all dealing with loss or gain around life: “The Violin”, “Neither Lost nor Found” and “What Remains”. 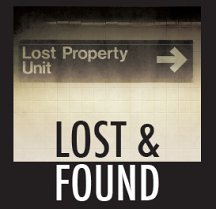 By far, the most powerful performances among the three were in “Neither Lost nor Found”, in which an estranged mother and daughter are reunited. The two actors Nicole Morgan and Danelle Wynne were able to connect emotionally with the characters and offer some significant insight into the minds of these people.

However, I felt the direction needed to be stronger throughout all three stories to guide these upcoming performers more, especially in “The Violin” and “What Remains” as the actors are still learning the skills needed to be able to carry such challenging roles, and particularly with Josh Vasilev’s demanding role in the latter. Despite Vasilev’s obvious dedication to the character, the performance overall felt too theatrical and repetitive in directed reactions and responses.

The most successful aspect of Lost & Found was the various ways in which the stories were told from a visual perspective. The use of the projection screen in “The Violin” was highly emotive, with images of Jewish people in concentration camps appearing as the story was told. Similarly, in “What Remains”, the slowly rising full-moon projection as Vasilev’s character spoke into a microphone to an unknown person about what life means to him and the things he will miss such as his wife and child gave a profound sense of foreboding and fear as the speech progressed.

Technically, Lost & Found was brave and rewarding and the stories themselves are incredibly engrossing but it would seem more direction was required for the promising actors to be able to develop and fully explore these characters and their lives.