This is why Melbourne loves live music!

In response to the floundering live music scene, Geraldine Quinn has invited you to the very last live gig Melbourne is ever going to host, and boy does she deliver. 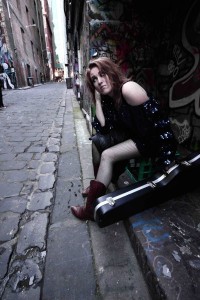 For one hour, Quinn rocks out a set list of original songs, with the help of her band; musical director Casey Bennetto on keys and guitar, Tamara Murphy thundering on the bass, Sonja Horbelt on drums, and Martin Lubran rocking out like a legend on lead guitar. Last Gig pokes fun at the tropes of home-grown rock, but is at the same time a fine example of the very best sort of gig: it is well-structured, the music is tight, and Quinn owns the stage like a pro.

Covering a range of subject matter and musical subgenres, from a punk rock song about scrag fights to a poignant ballad lamenting the predominance of mobile phone usage during shows, Quinn takes us through the live music scene from when she herself first started bopping along as a teenager, to the current lackadaisical attitude of the modern concertgoer. As a songwriter, she has created music that is clearly original but has such an element of familiarity that you might swear you’ve heard the songs before on Rage or MTV. She presents us with a view from both sides of the microphone, and rather skillfully reminds us of how fun live gigs are while at the same time highlighting our responsibility to support the industry: there will always be new talent, but without an audience, it will go unheard.

Although each band-member is given the chance to shine, the show is very much a showcase for Quinn’s powerhouse vocals, clever lyrics and her complete and utter rock & roll spirit. There are few comedians on the scene today who possess such a strong stage presence; add to this a voice that can be so forceful one moment and so softly intense the next, and you have a performer capable of underpinning a comedy song with a real emotional resonance.

There are few people with enough cred, talent and moxy to claim the right to the last gig in Melbourne, but Quinn has definitely earned the honour.

The Last Gig in Melbourne

So… what can you do with ten minutes?

This month marks the annual return of one of the most exciting and challenging cabaret opportunities Melbourne has to offer, as submissions open for this year’s Short+Sweet Cabaret.

The ‘biggest little play festival in the world’ also includes theatre, dance and song programs, but Short+Sweet Cabaret has proven to be a particularly creative and invigorating development for the festival in Melbourne.

As the festival’s name suggests, successful applicants only have ten minutes in which to perform their cabaret piece and showcase their talents.

Short+Sweet Cabaret Festival 2011 will be held at Chapel Off Chapel in Prahran from October 26th to November 6th.

The festival functions as a platform for artists to present new, emerging and recent works to both industry professionals and an enthusiastic audience, and Ford has revealed that she is particularly looking for ‘fresh and well thought-out ideas’.

There are not only the judges’ and people’s choice awards to be won, but Short+Sweet is also an invaluable chance to gain significant recognition and explore further networking and performance possibilities.

To enter a submission:

At the beginning of the evening the two performers, Mark Jones and Geraldine Quinn, were casual as they walked onstage through the audience. They chatted excitedly to one another, briefly pausing to tease three eager audience members sitting in the front row. This atmosphere continued throughout the performance, Mark and Geraldine bantering playfully with one another (and a particularly talkative group near the front) between songs.

Their highly polished performances stood in stark contrast to their informal stage manner. The concept behind this show was to uncover and explore the treasures of Australian song-writing which have been hidden or lost, figuratively, ‘under the bed’. There were a broad range of songs chosen, from Paul Kelly, John Williamson to Claire Bowditch as well as a few originals thrown in.

Geraldine Quinn is a highly charismatic performer, with a large range and a powerful voice. Mark Jones was the perfect foil to her flamboyant stage presence, responding to Geraldine’s continual attempts to make good-hearted jibes at him with a cheekily deadpan expression. With their natural chemistry onstage, the two were a joy to watch. 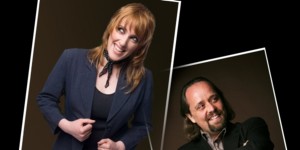 There were many highpoints during the evening. The first was an exquisite duet of Paul Kelly’s ‘Deeper Water’ which actually brought tears to the eyes of this reviewer. Later there was a suite of Australian murder ballads (not Nick Cave, surprisingly) which related to specific geographical locations in Australia.

Beginning with a hilarious duet about the Snowtown murders, the two took turns with individual songs –  Mark sinisterly half-speaking, half-singing his section before seamlessly passing onto Geraldine who finished with an acoustic rendering of ‘Everything’s Turning to White’ which stunned with its simplicity and underplayed intensity. A surprising inclusion was a sprightly ode by Mick Thomas to the Australian sub-culture of the ‘Cave Clan’ – the concept of a real-life group of ‘subterranean Freemasons’ was unknown to me, and had apparently only been introduced to the performers when they discovered the song. Under the bed indeed!

While a fantastic night overall, a tighter focus needed to be present – sometimes the evening meandered as the performers took too long between songs to banter between themselves and the audience, and the show ended up going overtime and they were disappointingly forced to skip several songs to finish up. Other than this, it was an evening of amazing Australian music sung by two excellent performers which would be a great night for anyone (even those unfamiliar with a lot of Australian music).

Exciting opportunites to develop your cabaret skills, networks and profile… 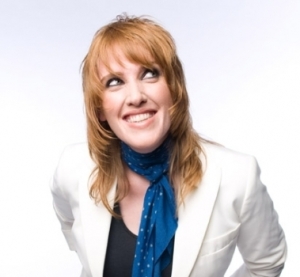 2. SO YOU WANNA . . . DO SMARTER, MORE EFFECTIVE MARKETING

WHAT: Auspicious Arts Incubator  seminar/training workshop on value based marketing for creative arts businesses. Learn how to do smarter, more effective marketing with a focus on what your potential customers want, and build a real value-based marketing plan.  Improve your marketing results in selling tickets, getting funding, and building a client database.   (Highly & personally recommended for any self-promoting artist)

The best way to learn how to perform excellent cabaret? –  watch excellent cabaret performers!   Catch some of the finest local & international cabaret artists on stage this week for the Melbourne Cabaret Festival:

‘Best of the Fest’ Nightly Shows
See a bit of everything and tickets are only $22.

Book here, and join the festival on Twitter for some rumoured last minute deals… 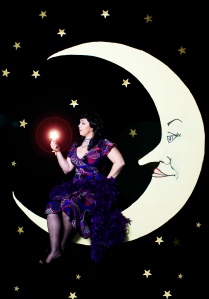 This festival will be held at Chapel Off Chapel, Thur 18 – Sun 28 Nov: great opportunity to get noticed in the cabaret & theatre community.   Call for submissions in Aug.