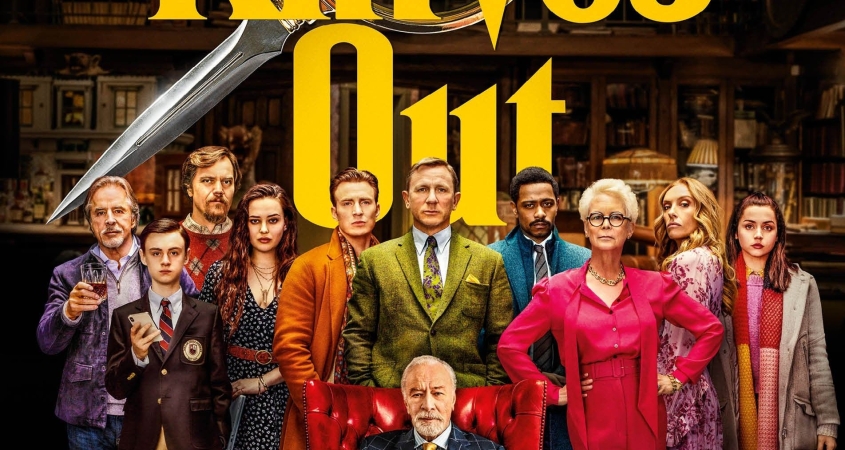 An unexpected twist on a familiar genre

In a style very much like Agatha Christie, Knives Out has all the expected mystery and murder, along with an exceptional cast, but writer director Rian Johnson also delivers something unexpected, making her own mark on this genre and producing a film with some truly funny moments.

On the morning after his 85th Birthday Harlan Thrombey (Christopher Plummer) is found dead by his nurse Marta (Ana de Armas). Initially ruled a suicide, Private Investigator Benoit Blanc (Daniel Craig) is on the case. Suspecting foul play he embarks on investigating the whereabouts and motives of all the family members. All have motives, all are lying about something, and at least one of them knows more than they are letting on. Linda Drysdale, played by Jamie Lee Curtis is working the “don’t air the dirty laundry in public” angle, while her husband Richard, played by Don Johnson, is more than willing to spill the beans on everyone but himself. And their smug son Ransom (Chris Evans) seems to dramatically come and go as he pleases. Meanwhile Walt Thrombey (Michael Shannon), his wife Donna (Riki Lindhome) and their creepy, right-wing, anti-social son Jacob (Jaeden Martell) are ominously hovering around. And then there is Joni, an Insta-famous, lifestyle guru, hilariously portrayed by Toni Collette, and her daughter Meg (Katherine Langford). While they are perhaps the two most likeable characters from the selection of family members, their motives and behaviour is still nothing short of dubious. Even Harlan Thrombey’s mother Greatnana Wanetta (K Callan) and the maid Fran (Edi Patterson) are entangled in the mysterious web.

Blanc sets off to investigate what may or may not be a suicide, enlisting the help of two police off-siders (LaKeith Stanfield and Noah Segan) and a fairly reluctant Marta. The family wait impatiently for Blanc’s findings, and more impatiently for the reading of the will by lawyer, Alan Stevens, played by the formidable Frank Oz. The plot thickens and twists, and just when you think you may have it figured out, like any good murder mystery, there’s another, sometimes small, twist.

In a time when so many films rely heavily on spectacle rather than narrative, Rian Johnson shows others exactly how it’s done, with a tight, cleverly written film. The sets are reminiscent of the old-world, manor-style estates of Agatha Christie films but also feel fresh and updated; the impeccable detail means that everything could quite possibly be a clue. The film is well paced, and while there are a lot of characters to follow and the narrative jumps backwards and forwards in time, it is not at all disjointed. No matter how briefly each character graces the screen, it feels as though you get to know each of them sufficiently enough to judge whether or not they are guilty of murder, amongst other things.

This film is the sort of murder mystery, that even if you have figured it out, you may not necessarily know how everything will tie back together. Knives Out is a breath of fresh air in a familiar genre, and manages to keep the murder mysterious as well as humorous right until the very end.